About the Name
Pauline King Shannon, signs all her writing, and art, with her artist alias name: Pooks. A nickname that was given to her by a schizophrenic, it originally started off as: Pookey. An ex-boyfriend, shortened it to Pooks. Pooks created a label/ brand/ tag for the name. P.K.S are her initials, and with the design she created for it the "O"'s create a crazy smiley face with it's tongue sticking out. The face is symbolic of how there is two sides to her. One "O" is a peace sign. Which resembles her more quiet, "Lady- like", introverted side. The other "O" is a swirl. Which resembles her spontaneous, playful, rebellious side. She designed the tag years ago, not knowing what she created or where she would take it. When she completed her first project at the New School of Colour, she signed her art with the name Pooks, and has continued to do so since. Following Salvador Dali's foot steps, as he said he was becoming more Dali, Pauline becomes more Pooks.

Pauline King Shannon was born in Winnipeg, Manitoba. However she grew up in a small mining town in northern Ontario called, Balmertown, ON.
Pauline has always been interested in art since she was a child, and from a counseling at a young age, learned that she can express herself through art. Pauline was mute (by choice) until she was 4 year old.
She was placed in foster care at 2 years old after the death of her biological mother.. Pauline was adopted by the Shannon's at the age of 6, and they allowed her to keep her biological last name, and just added Shannon onto her name when adopted. Hence why Pauline has two last names.
Pauline King Shannon graduated from Red Lake District High School, and received an Art award, English award, and Ojibwe award. From there, she moved to London, On in 2001 to go to Fanshawe College. Due to injuring her hand with a hammer, she didn't complete the 3 year arts program, and was out after the first year.
Pauline almost quit art then. Especially after having a professor say that she should quit all together, or just stick to "native art".
It wasn't until years later, after having children, and fighting for the custody of her children did her passion for art get reignited.
Pauline was depressed, and starving her self to death slowly until she took her foster fathers advice, and went to the Ark Aid Street Mission. A soup kitchen in London, ON.
It was there that Pauline nurtured herself back to health, and stumbled upon an art program (the New School of Colour)  that was being held in the basement of The Ark.
And that is where Pauline's Art journey really took off. Pauline signed her paintings with the art alias name Pooks.
Through the New School of Colour, Pauline got to participate in many art exhibitions, and art shows.
In 2013, Pauline gave secondary education another go at the University of Western Ontario. Pauline was enrolled in the Visual Arts program. But once again, due to another injury, she didn't complete the program. This time Pauline fell down a flight of stairs and severely sprained her ankle which took longer than expected to heal.
Within this time period, Pauline got involved with the Twitter Art Exhibit, and has been involved year after year. Making Pauline a now, International artist.
Pauline began volunteering at The Arts Project as a floater. And she continued with The New School of Colour until 2015.
She got involved in another relationship, had a couple more children. And that relationship ended in 2017. Pauline left that toxic relationship with the children, and was homeless and living in shelters until December 2018.
Art helped Pauline pay off some debt that needed to be paid in order to be eligible for Rent-geared- to-income housing. Thanks to Pauline's connections that she was able to hold an online art auction where other artists got involved and donated their work as well. The team effort, helped get Pauline and her family housing eligibility.
Since then, Pauline has been slowly getting her life stabilized, and continues to get her work out into the world as an Independent Artist. She has also been a Redbubble artist for the last 2-3 years. 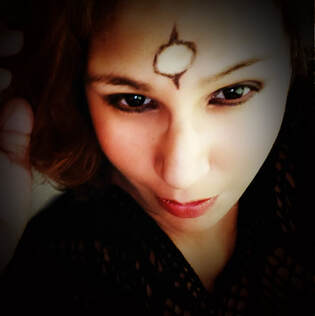